am Dom in Cologne 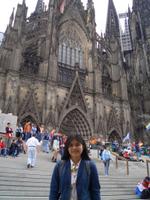 I'd like to make it am Dom because this the place we most went into in Cologne. From the time we got to ride a train,it's just across the Hauptbanhof.Not so good that we're not able to climb in its tower to have an overview of the whole city.The church was flooded with crowd that we decided to find other places to see.But even if you were not able to climb the tower,just by looking how this church was built would already give you so much feeling of awe.City of Cologne is one of the beautiful cities that I went to. A lot of friendly faces and lots of english speaking people. We never have the hard time trying to speak in German because most of the people we communicated spoke to us in English. The food were good and a littl 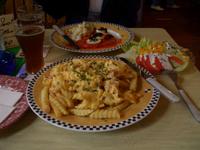 e bit cheaper compared to Munich. We never got a meal for two that exceeded at 20 Euro. Even during nightime, I expected food to be more expensive just like here in Munich..but fortunately it was not.Still you can fill your stomach with good food at lesser cost. The Rhein is obviously not so clean with transparent water but its existence just warm up your feeling.The view of its horizon along the river is just so fulfilling and refreshing. You'll feel s 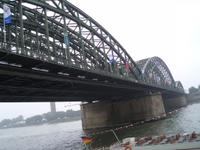 o relaxed and serene. We took a roundtrip boat ride from zoobridge to the other end of the bridge just along the Rhein river, it's not so spectacular but it really made me feel so good. The air that touches your hair and the sound of the water made it more so peaceful. Seems like all the hassles and buzzles of the city were kept. Chocolate museum made the city more awesome.Hmm..lots of yummy chocolates. How they were created is just so sweet to see.hehehe. Aside from the fact that i love chocolates a lot...the museum reminds me that this could be a good industry in our country. I tried looking at the map they had if we were included as one of the countries who supplies cacao.Unfortunately...were not at the list. This could be so abundant in our place. I remember when i was chil 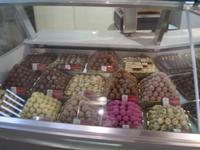 d we had a lot of trees like this in our backyard, only it's not of very special kind, I think it's the wild one, but considering were in tropical country,plants like these could just be so abundant.

The trip to Cologne is just short but we really had a great time! I know theres a lot moreto see and discover. I thank God that eventhough I got a slight fever... He made me feel okay and let me enjoy the trip.
Posted by Joe-ann at 6:22 PM 1 comment:
Labels: travels 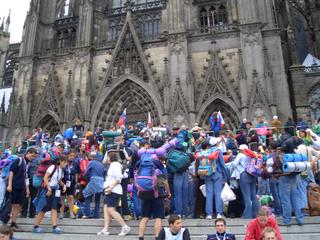 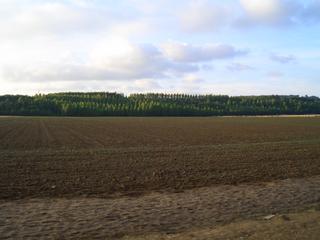 We were not a registered pilgrims for this event. We we're just merely observer or visitor. When we arrived at Cologne on Saturday, the number of young people out there was so overwhelming. Carrying different flags from different countries. Of course, we're looking at once for our very own flag and there we find some youth delegates from the Philippines. They were so few in numbers that the next day we never saw any of them.This event may seem to be just a mere gathering of the youth but that's not what i see. There is more of it. This occasion promotes the essence of equality and friendship. In this event, everybody seems to be your friend. Every people you meet gives you a smile and offer a help whenever you need it. The feeling is just so fantastic. It's indeed great! With this event for sure its not just a time to be merry but of course also to sacrifice a bit. Marienfield- the area where the vigil took place was really far from the city area, and is not so accessible to public transport. Of course there were buses which were designated to bring us back and forth to city but still, they seem not to be enough.The picture i have here is just part of what we actually walked into just to reach the marienfield. It's really fun actually,the problem with me that time is "I'd really like to pee", and the portable toilet is still so far. So, i feel a bit uneasy and of course being exhausted, add to uneasiness is I've got a fever. But of course we still get there having fun together.

The WYD at Cologne was well prepared and just amazing. There were a lot of portable toilets placed around the marienfield, the division of places is well organized, a lot of first aid helpers around and volunteers for any concern and there were plenty of food for the pilgrims and visitors. Unfortunately were not able to take a lot of pictures because we arrived there just right the mass started.Though everything seems to be organized and prepared, we were still stucked in traffic on our way to the hotel for an hour or two. Our legs were just so tired since we were just standing. But of course, eventhough how tiresome the event was..its worth being there. We went home painted with a smile.
Posted by Joe-ann at 4:47 PM No comments:
Labels: travels 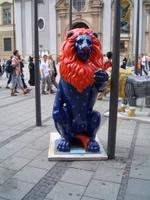 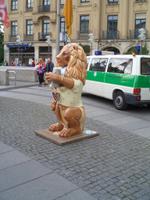 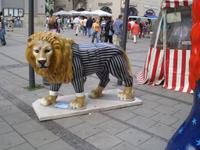 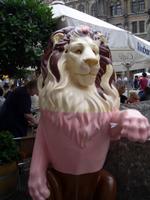 pretty in pink
If you've got to visit Munich nowadays especially in marienplatz area,you'll get to see a lot of lions all over the street,painted in different styles and background in bright colors. This is what they call a lion parade.Munich has lions, because Henry The Lion founded Munich. These are perhaps built to entertain the tourist and visitors. I find it cute actually thats why i took pictures of it. These may seem ordinary since a lot of cities has been doing things like this, but i think this is still awesome. You can see a lot of tourist posed with these lions for souveniers. The life sized lions amused the children. You can see them climbing and playing with these statues. These add to make the city more lively. A lot of personalities has been portrayed by these lions. Some looks like a circus,other a young girl, and even a lion in pajamas. It's awesome.
Posted by Joe-ann at 8:14 PM 1 comment:
Labels: confab 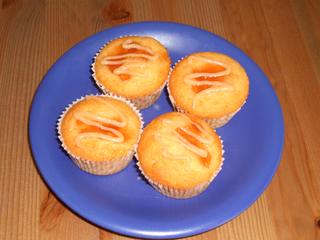 One of our friends here told us about the Nestle ready mix muffins, everything is prepared, all you have to do is pour in the moulder. These muffins really taste so good. Just perfect enough, not so sweet, and the texture is just perfectly right. I miss those muffins, i never got to see one in Minimal nowadays. All I could think of is Nestle muffins might have been banned here, perhaps because of GMO (Genetically Modified Organism),not really sure about it=(. I love muffins really, so i thought of buying other mix pack, where you still have to prepare little things to make it a real yummy muffins. Just add an egg, butter and milk, mix it altogether...in a few minutes muffins got to be ready, of course you have to bake it. There's really nothing that much today so i think of posting the photos of apple muffins that i have here. These may soon be inexistent so better at least i took some pictures of it.
Posted by Joe-ann at 7:43 PM 1 comment:
Labels: meals for the day 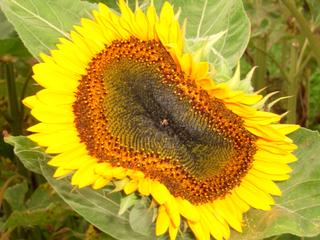 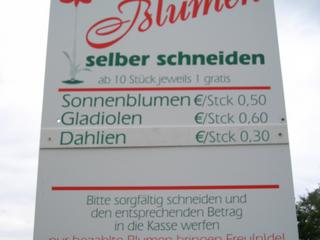 A lot of ways here in Germany amazes me a lot. From the train tickets to self picking of fruits or flowers. The picture I have here is taken when we're on our way to train station. This is at Furtweg strasse. Different flowers are planted here depending on its season. During summertime, this is what you've got to see here.The sunflower you see is just so awesome. I can't help myself but just have to take some photos of it. What astonish me more is the system. It is all based in trust. You have to pick the flowers by yourself and just put the payment in the box without anybody supervising. The funny thing that cross my mind..is that what if there's a little bit of dishonesty in your heart. You may just pick a flower without leaving a penny. So pessimistic it may look but the possibility is just so certain. This system may not gonna work in our country, i guess, but these things seems to be working here. Of course,there may be a lot of reasons why things work out in one place and not in other spot. We're not gonna tackle it in here..but i'm hopeful enough that someday,somehow things like this could also work in our country and looking forward to a lot of amazing ways!
Posted by Joe-ann at 9:05 PM No comments:
Labels: confab
Newer Posts Older Posts Home
Subscribe to: Posts (Atom)